Botox Your Worries Away 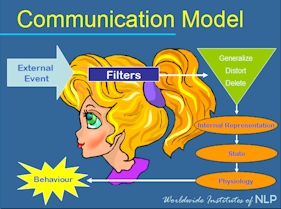 I’ve found out that it is not appropriate to walk up to someone and ask if they have had botox. Apparently it is frowned upon (no pun intended!) But, I have an untested theory and without being able to ask people if they’ve been botoxed, I can’t prove my theory. Yet, I think I’m right.

Here is my theory:

People who have their frown lines botoxed are less worried and stressed.

Want to know my reasoning behind this theory?

Think about your physiology when you are worried, stressed, angry or simply deep in thought. Pay particular attention to your “11’s” or the frown lines between your eyes. For most people, their “11’s” show in these states. So – what happens if you are able to stop or reduce the muscles in this area (hense the reference to botox). My theory is if you change the physiology in the face to reduce or remove those frown lines, stress, worriedness, anger and possibly ID type thinking can be reduced.

I think its a pretty good theory! And again, untested, but interesting!

I guess the thought could go a bit further – what NLP tools could you potentially use to reduce the muscles in your forehead from contracting?? I’m sure there is promise in that technique!

Have a great weekend!